Chişinău (also known as Kishinev, Russian: Кишинёв Kishinyov), is the capital and largest municipality of Moldova. It is also its main industrial and commercial centre and is located in the middle of the country, on the river Bîc. 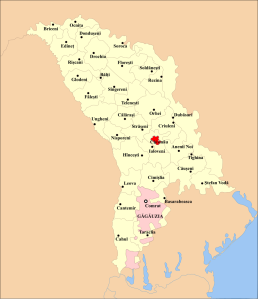 Economically, the city is the most prosperous in Moldova and is one of the main transportation hubs of the region.

As the most important municipality in Moldova, Chişinău has a broad range of educational facilities.

The proportion of green spaces in the city is one of the highest among major European cities.

According to one version, the name comes from the archaic Romanian word chişla (meaning „spring”, „source of water”) and nouă („new”), because it was built around a small spring. Nowadays, the spring is located at the corner of Pushkin and Albişoara streets.

There is another city named Chişineu (alternative spelling: Chişinău) in Western Romania, near the border with Hungary, but its relation to Chişinău is disputed.

Its Hungarian name is Kisjenő (kis „small” + the eponym „Jenő”), from which the Romanian name originates.

Chişinău is also known in Russian as Кишинёв (Kishinyov). It is written Kişinöv in the Latin Gagauz alphabet. It was also written as Кишинэу in the Moldovan Cyrillic alphabet in Soviet times. Historically, the English language name for the city, „Kishinev,” was based on the modified Russian one because it entered the English language via Russian at the time Chişinău was part of the Russian Empire.

Besides the city itself, the municipality comprises 34 other suburban localities, and is subdivided into sectors, each comprising a part of the city itself and several suburbs. The municipality in its totality elects a mayor and a local council, which then name 5 pretors, one for each sector.

The five sectors of Chişinău are:

Near the Arch of Triumph, in the center 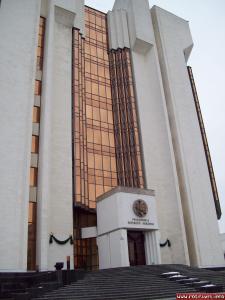 The presidential palace (old building, now is in reconstruction after incidents from April 2009)

An old soviet Lada car at the Moldavian Police

A panel with the message "Chisinau - noi suntem viitorul tau! (We are the future of the Chisinau)" put by the mayor of the city, Dorin Chirtoaca

The Parliament of the Republic of Moldova 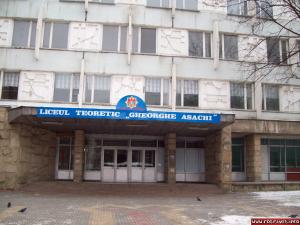 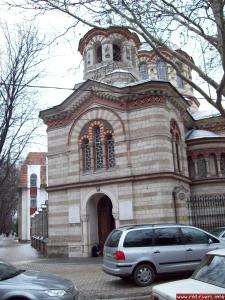 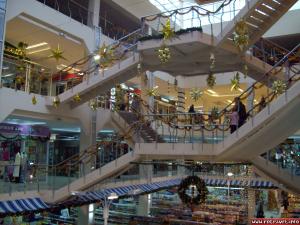 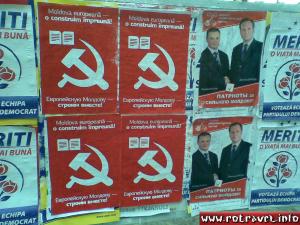 A poster of the Communist Party of Moldova 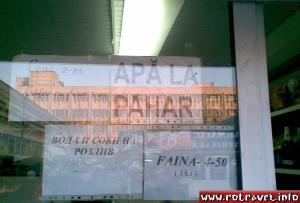 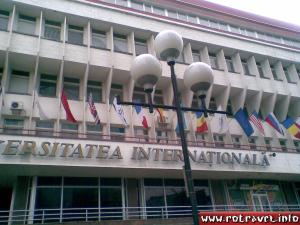 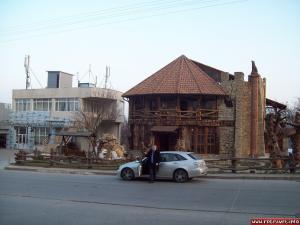 The walls are decorated with natural animal skin

The best "barbarian" choice to eat...