It is a long time since we were planning this escapade to Bulgarian capital, Sofia. Since we went in Ruse we had it on stand by list and now it came the time for it. As usually, it followed plans after plans, days and days browsing sites about Bulgarian trains, cities, places and so on.

After almost a week of day dreaming lately came the big day. As usually we went at our best friend called North station, we took the well known train going to Thessalonic that leaves at 12.24 Romanian capital, prepared to fly over the Danube. I remember we were so anxious looking at the platform clock that shown only 12.10.

The time was walking too slow comparing with our young boiling blood. Lately, after we blunted that clock hanged in our front, the porter whistled train’s departure to our happiness. Quaffing every landscape, every sound, every human face of Romanian, Bulgarians and I don’t know any other people that were traveling with that train, after tasting the last Romanian air on the Friendship Bridge that separates the two countries we saw somewhere afar the little Vienna, in free translation the Bulgarian city Ruse.

At 14.50 we should be there, but some technical problems made us to arrive with a couple of minutes later. But it wasn’t a problem because the train that had to get us to Sofia leaves from Ruse at 22.30. It was our choice because we wanted, on the one hand to make more interesting the travel seeing as many cities as it is possible, and on the other hand, to visit one friend that live there. We succeeded in both targets.

Our friend shown us other places that we hadn’t seen last time when we went there alone. We saw the ruins of the old roman fortress Sexaginta Prista situated on Danube’s shore and a mosque. Because it was almost dark we went in a little bar to have a Bulgarian bier before taking the train. After this we went again to the railway station. We bought tickets – from Ruse to Sofia costs 17 leva/person. Unfortunately we find out too late that if you buy a two way ticket you have a promotional price. We had in our front a night sleeping between the train noise and the uncomfortable train chairs.

We arrived to Sofia in the morning, around 6, being tired and sleepy. The train arrived a little bit later and our friend too and we had to wait for him in the railway hall. It was a huge communistic waiting room, wearing yet the soviet dusted stars. After some minutes that we don’t know how it passed because of the sleepy, all I remember it is that it was pretty cold J Lately our friend came and we followed one of that streets and we arrived at the blessed place: a warm house and a big bed. J After 2-3 sleeping hours we were as new. Our Bulgarian friend and his wife had the pleasure to guide as throw Sofia to show us the main objectives.

We took the bus to arrive in center and entered into the Borisova garden, a big and beautiful park. We cut the garden to arrive near Pancharevo (Панчарево). In our first day to Sofia we visited the surroundings including: Pancharevo Lake and Boyana church, letting the center for the next day.

The following day the Bulgarian hostess guides us through Sofia, this time in the city. We saw a lot of places: the ruins of Serdica fortress, the Banya Bashi Mosque, the Sofia’s synagogue, the Public mineral baths, Nevski cathedral, Vitosha Boulevard, the University, The Market Hall, the Saint George Church (Свети Георги).

We visited a lot in Sofia. This is that type of city that you can fill pages and pages about, but I don’t want to bore or to bust your happiness to discovery by your own.

If you are a Romanian that never visit Sofia you will ask me for sure: “Is it prettiest then Bucharest?”. I will answer “yes”, but the comparison is not just at all.

Sofia is an old city, with another history, another society, another evolution. On the cultural side it is better than Bucharest, but if you look at infrastructure, life style it is not the same think.

Summing up, you really must put Sofia on your travel list. 🙂

Sofia (Bulgarian: София) is the capital and largest city of Bulgaria and the 12th largest city by population in the European Union, with 1.4 million people living in the Capital Municipality. It is located in western Bulgaria, at the foot of Mount Vitosha, and is the administrative, cultural, economic, and educational centre of the country.

Sofia was first mentioned in the sources as Serdica in relation to Marcus Licinius Crassus’ campaigns in 29 BC. The name Serdica or Sardica (Σερδική, Σαρδική) was popular in Latin, Ancient Greek and Byzantine Greek sources from Antiquity and the Middle Ages; it was related to the local Celtic tribe of the Serdi.

Sofia’s development as a significant settlement owes much to its central position in the Balkans. It is situated in western Bulgaria, at the northern foot of the Vitosha mountain, in the Sofia Valley that is surrounded by mountains on all sides. The valley is the largest one in the country with territory of 1,186 square kilometres (458 sq mi) and average altitude of 550 metres (1,804 ft). Three mountain passes lead to the city, which have been key roads since antiquity, connecting the Adriatic Sea and Central Europe with the Black and Aegean Seas.

Front view of the renovated Central Railway Station in Sofia (renovated and reconstructed in the 2000s under Milan Dobrev and Olympic Stadium Munich-style tensile elements of 4,500 m² were added)

Bulgarian coach at first class in the train Bucharest-Sofia 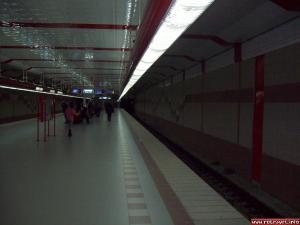 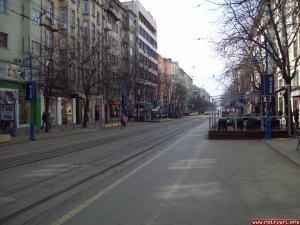 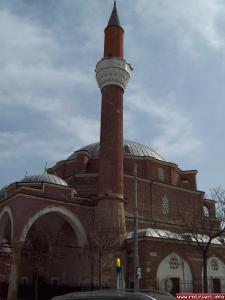 Bulgarian National Bank (down you can observe Viennese yellow cobblestones) 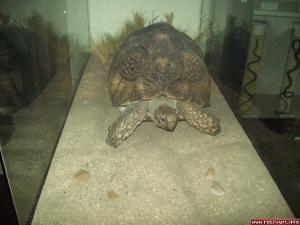 A turtle at National Museum of Natural History

Grand Hotel Bulgaria, near the National Museum of Natural History

The Russian Church or the Church of St. Nicholas the Miracle-Maker, built in 1914 is dedicated to the patron-saint of the Russian Tsar at the time Nicholas II

The early Byzantine Church of St Sophia was built in the 6th century on the place of an ancient Roman theatre and several earlier churches.

The gold-domed Alexander Nevsky Cathedral was built in the early 20th century in memory of the 200,000 Russian, Ukrainian, Belorussian and Bulgarian soldiers, who died in the Russo-Turkish War, 1877–1878. It is one of the largest Eastern Orthodox cathedrals in the world. The cathedral's gold-plated dome is 45 m high, with the bell tower reaching 50.52 m.

The Monument to the Tsar Liberator is an equestrian monument in the centre of Sofia, the capital of Bulgaria. It was erected in honour of Russian Emperor Alexander II who liberated Bulgaria of Ottoman rule during the Russo-Turkish War of 1877-78. 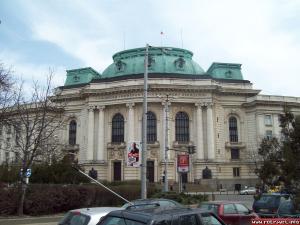 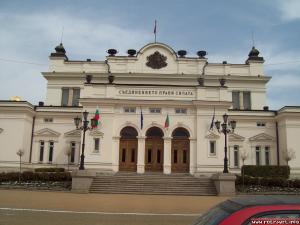 Monument to the Soviet Army built in 1954, near to Vasil Levski National Stadium 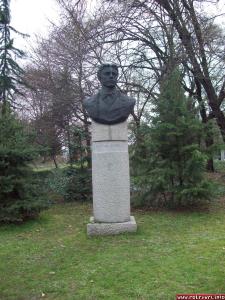 St. Sedmochislenitsi Church which was created between 1901 and 1902 through the conversion of an abandoned Ottoman mosque, and was inaugurated on 27 July 1903. The church is named after Cyril and Methodius and their five disciples, known in the Orthodox Church collectively as the Sedmochislenitsi. 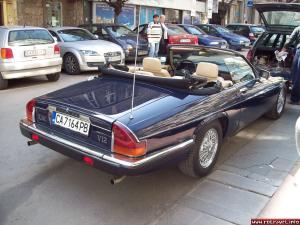 The Church of St George is a late Roman rotunda dated from 4th century situated in the courtyard of the Sheraton Sofia Hotel. It was constructed with red bricks and is considered the oldest building in Sofia. It is known for its Medieval frescoes in the central dome dating from 12-14th centuries. 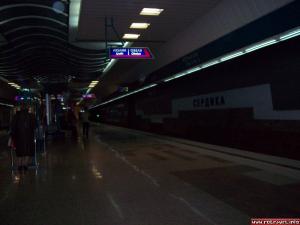 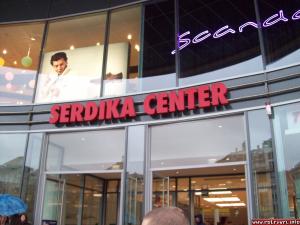 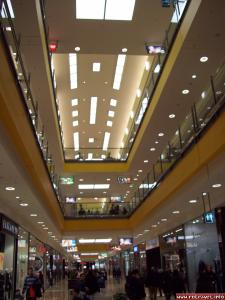 The mall is located on the Sitnyakovo Blvd.

Martenitsa (мартеници) is a small piece of adornment, made of white and red yarn and worn from March 1 until around the end of March (or the first time an individual sees a stork, swallow or budding tree). In Romania we also have a similar but not identical holiday on March 1, called "Mărţişor". 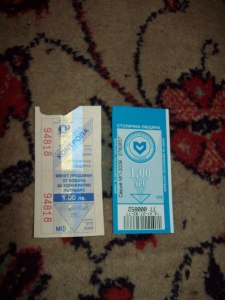 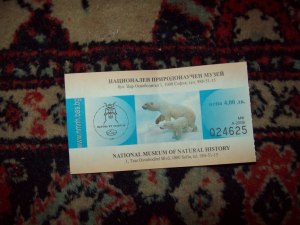