Lyon also spelled Lyons, is a city in east-central France in the region Rhône-Alpes.

Lyon is a major center of business, situated between Paris and Marseille, and has a reputation as the French capital of gastronomy and having a significant role in the history of cinema with Auguste and Louis Lumière.

The local professional football team, Olympique Lyonnais, has increased the profile of Lyon internationally through participation in European football championships.

The residents of the city are called Lyonnais.

Together with its suburbs and satellite towns, Lyon forms the second-largest metropolitan area in France after that of Paris, with the population of its urban area estimated to be 1,783,400 and that of its metropolitan area 4,415,000 (2007).

Its urban region (Urban Community of Lyon), represents half of the Rhône-Alpes région population with three million inhabitants. Lyon is also a major industrial center specializing in chemical, pharmaceutical, and biotech industries. The city also contains a significant software industry with a particular focus on video games.

Lyon is the préfecture (capital) of the Rhône département, and also the capital of the Rhône-Alpes région. The city is known for its historical and architectural landmarks and is a UNESCO World Heritage Site.

Lyon was historically known as the silk capital of the world.

The city is known as the culinary capital of France. It also hosts numerous international headquarters like Interpol, Euronews, International Agency for Research on Cancer or Cité Scolaire Internationale de Lyon. 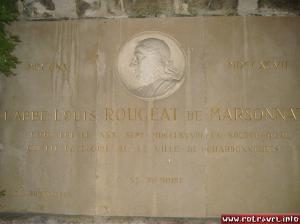 Charbonnières-les-Bains in night... (it was in december) 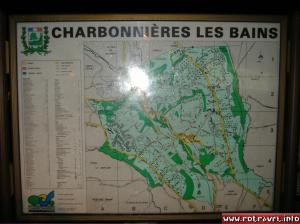 Charbonnières-les-Bains is a commune in the Rhône department in eastern France, near Lyon

The center of the commune 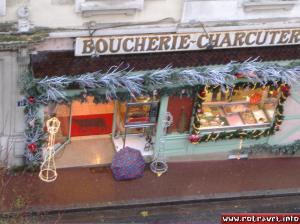 A bus which take you to the Lyon-Saint Exupéry Airport

Near to the Athena Hotel 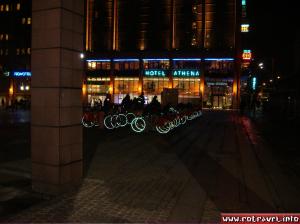 *Note: These photos are made in December, few years ago.